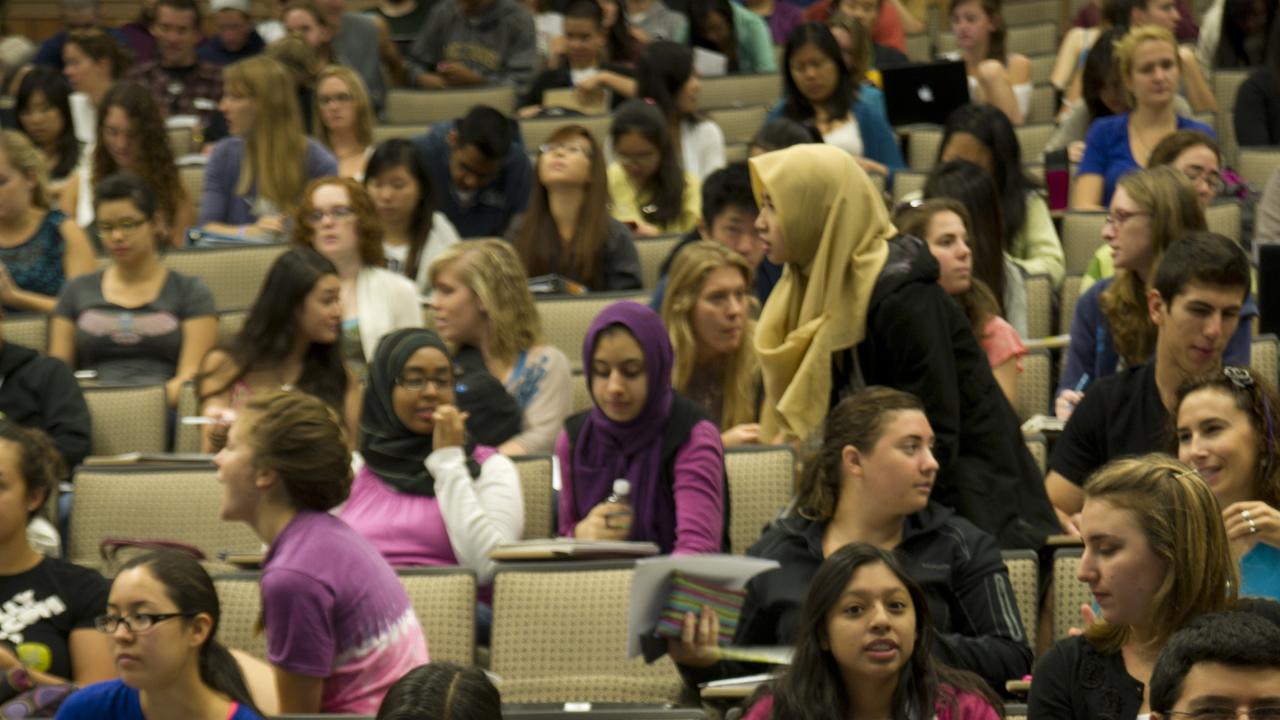 Early Sunday morning, the Davis Islamic Center, a place of worship for members of the UC Davis and Davis Muslim communities, suffered serious vandalism. Six exterior windowpanes were shattered, two bicycles on the property were destroyed, and strips of uncooked bacon were placed on an exterior door handle. The City of Davis Police Department is investigating the incident as a hate crime.

We want to express the disgust, outrage, and sadness we feel over this incident. We know that it has caused, and continues to cause, great distress and fear among members of the Muslim communities at UC Davis and in the City of Davis. We extend to both our deep sympathy and unwavering support.

Acts and words of hatred directed toward Muslims as a group is an urgent and growing problem across our society. Solving that problem will require greater awareness, understanding, and cooperation among all of us. As leaders of the university and the city, we affirm our commitment to doing all we can to eliminate anti- Muslim hatred, and to respond swiftly whenever it appears on the campus or in the city.

Behind our commitment is our strong belief that inclusion of and respect for people from all backgrounds is a simple matter of justice and of recognizing the innate dignity that all humans share. In addition, we have seen how both our university and city are greatly enriched by the presence and contributions of our Muslim populations. Hateful acts or words toward any group have no place at UC Davis or in Davis—indeed, they are direct violations of the Principles of One Community signed by the City of Davis and UC Davis, of the UC Davis Principles of Community, and of city policy.

We want to ensure that all who have been adversely affected by this incident feel safe and supported. At UC Davis, walk-in counseling services are available in the Student Health and Wellness Center, and students can speak with an advice nurse by calling 530-752-2349. In addition, Student Affairs is working closely with colleagues in the UC Davis Middle East/South Asia Studies community to provide additional support. And campus leadership is partnering with members of the Davis Islamic Center to establish healing and support spaces for our students during this difficult time.

UC Davis and the City of Davis are home to people of the Muslim faith from around the world. Each one enriches our lives and brings new perspectives to our community. We will continue our work to support and protect them and to stand against those seeking to sow fear.

Checking In With Chancellor May: A Way Forward

Checking In With Chancellor May: Reflection

Checking In With Chancellor May: Perseverance