A Wealth of Opportunities 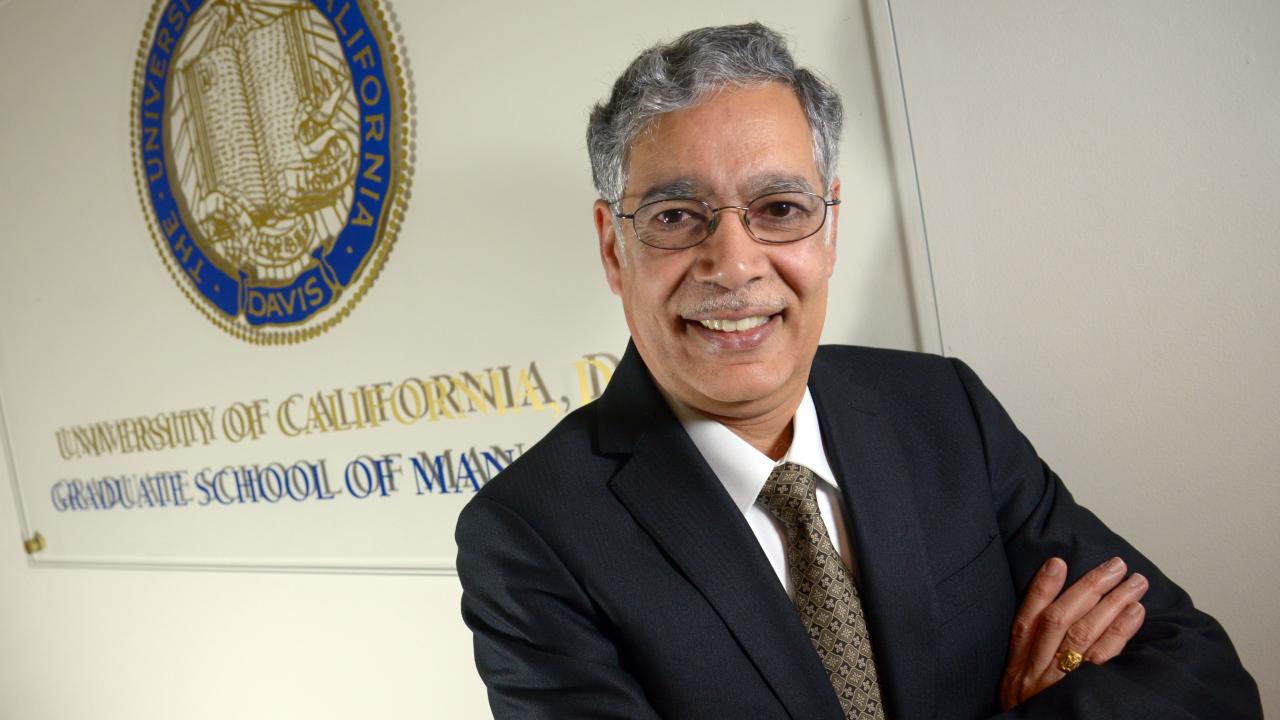 While Aggie Square is a new idea, entrepreneurship at UC Davis isn’t.

Last year alone, the university launched 16 startup companies, made 107 invention disclosures, and completed 85 licensing agreements. As Aggie Square continues to integrate the university, industry and community on the Sacramento Campus, the Graduate School of Management’s Dean Rao Unnava sees benefits for everyone.

According to Unnava, it starts with Aggie Square’s unique partnership. “If you look at the economy in any region, there are three groups that help it thrive,” he says. “The first is city government because policies will have an effect on a company’s desire to locate. The second is companies that create jobs and pay taxes. The third is talent.”

Continues Unnava, “Typically, these three groups operate independently, based on what they see independently. You can see the inefficiency of that process.

UC Davis has pursued an active strategy of community engagement in the Aggie Square planning process, based primarily on face-to-face meetings. This approach has opened more direct lines of communication among all three groups, creating a familiarity in which people are comfortable enough to be constructively candid. Unnava asserts this approach does more than make people feel good — it leads to better decisions.

“If all the groups talk, and not let the points of intersection be left to fate but to actual management, then a lot more can be done for economic growth of the city,” he explains.

The positive impacts of this approach are already clear in how both the city of Sacramento and UC Davis have worked together, leveraging their complementary strengths. Mayor Darrell Steinberg and the Sacramento City Council are leading efforts to find more opportunities to build affordable housing units, while the university is planning to shift many job training resources to Aggie Square.

Unnava is among those working to ensure that entrepreneurship and private sector investment grow and thrive in Aggie Square. While an engineer, for example, creates a good or performs a service, he explains, “The business school teaches you how to turn that asset into economic sense. We help you monetize that asset.”

Yet Unnava isn’t simply talking about money — he’s actually describing impact. “Scientists often think of product features, while the business school thinks of consumer benefits,” he states. “Left alone, an engineer might work on something that may or may not be applicable. But by focusing attention on a consumer problem we help them monetize it and improve consumer welfare.”

While the GSM dean sees Aggie Square as potential space for the part-time Sacramento MBA program, he’s also working with other colleges on campus about what might come. “We have top-notch programs in agriculture, veterinary medicine (and) UC Davis Health with high visibility and people who are very progressive in their thinking,” he says. “We are partnering with all of them, looking at ways to bring in labs and companies.

Unnava says this type of thinking will lead to more complex projects with more types of specialization. He is part of a diverse committee “looking 10 to 20 years down the road” at potential multi-party collaborations that could have a home in Aggie Square. “It’s not just the same university structure we are accustomed to, but a formalized structure from many departments coming together,” he says.

Of course, UC Davis has been home to many interdisciplinary collaborations before, but they were often smaller and happened at random. “We’re breaking down silos and looking at ideas more comprehensively,” he says.

The result of these efforts, Unnava speculates, will be not only profitable enterprises but also ideas that will have a positive impact on people’s lives. “It’s a very exciting time.”