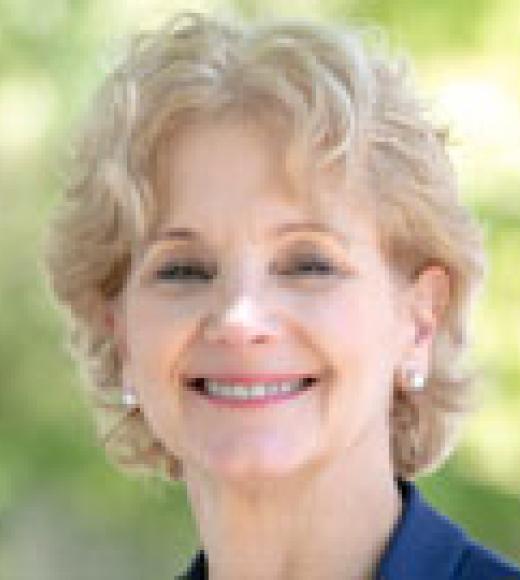 Allison Brashear, M.D., MBA, was appointed dean of the UC Davis School of Medicine in April 2019. She oversees one of the nation’s top research, academic and medical training institutions, with 761 full-time faculty and approximately 450 students.

As an internationally known researcher in movement disorders, she added her expertise to a school that is a national leader in research, with 220 percent growth in National Institutes of Health funding since 2007. The School of Medicine has 10 departments with research funding ranked in the national top 20, including three in the top 10, and it is ranked 18th nationally in her field of neurosciences. The school is equally a leader in academics and training, ranking ninth in primary care training in the latest U.S. News & World Report survey of America’s top medical schools, as well as 13th for its obstetrics and gynecology program and tied for 13th in family medicine training.

Before joining UC Davis, she was professor and chair of the Department of Neurology for 14 years at Wake Forest School of Medicine in Winston-Salem, North Carolina, leading a team whose research and clinical innovation led to new models of neurological care. At Wake Forest she was also an active clinician and held the Walter C. Teagle Endowed Chair of Neurology.

She is an international expert in ATP1A3-related diseases, a spectrum of rare neurologic disorders. She was the principal investigator to describe a unique genetic form known as Rapid‐Onset Dystonia‐Parkinsonism, as well as the lead principal investigator in many multicenter trials on cervical dystonia and spasticity, leading to three Food and Drug Administration-approved medications.

She also holds an MBA focused on health-sector management and has expertise in health policy, hospital-clinical integration, academics and research. She has been a lifelong champion of inclusion and patient-centered care, and has worked actively to help advance women in leadership across academic medicine.

She was an honor scholar and earned a bachelor’s degree in chemistry at DePauw University in Indiana (1983) and earned her medical degree at the Indiana University School of Medicine (1987), completing her neurology residency there in 1991. She remained at Indiana as a neurology professor until 2005 when she accepted the chair of neurology at Wake Forest.

She completed the Harvard School of Public Health Leadership program for physicians in 2004, and earned her MBA from the Fuqua School of Business at Duke University in 2012. She was named a fellow of the Association of American Medical Colleges Council of Deans in 2014.

She serves on the American Board of Psychiatry and Neurology, and has served on the boards of the American Neurological Association and the American Academy of Neurology, where she was instrumental in crafting a leadership program for women, now expanded to include leadership development for minorities.

She and her husband, Clifford Ong, have two children and two rescue dogs.