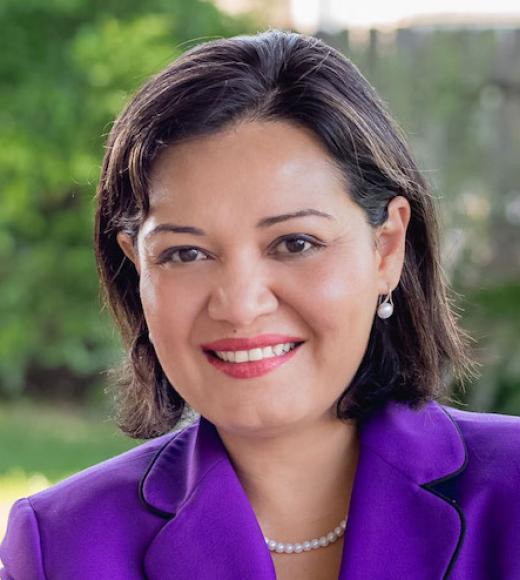 Aldana is a graduate of Arizona State University (earning a bachelor’s degree in English and another in Spanish) and Harvard Law School. She was a professor at the William S. Boyd School of Law, University of Nevada, Las Vegas, before joining the McGeorge faculty in 2009.

She founded and directed the McGeorge School of Law’s Inter-American Program, which trains bilingual and bicultural lawyers for transnational careers or to work with the growing Latino population in the United States. She served as the school’s associate dean for faculty scholarship, 2013–17.

She is co-editing From Extraction to Emancipation: Development Reimagined, a forthcoming book from the American Bar Association. She was recently re-elected to the Latin America and Caribbean Council of the ABA’s Rule of Law Initiative, and previously served as the co-president of the Society of American Law Teachers. She was a Fulbright Scholar in Guatemala, 2006 and 2007.