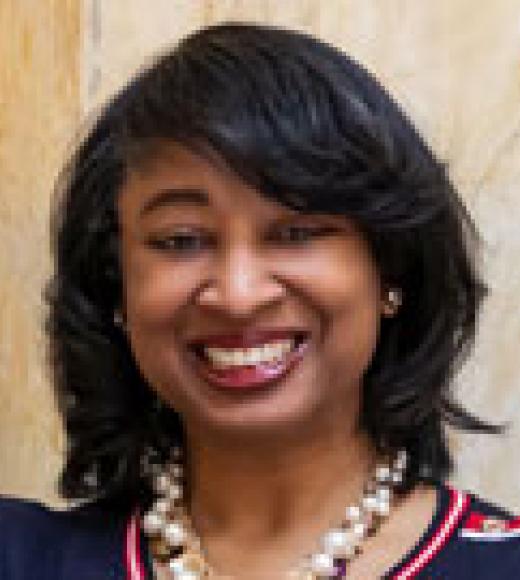 Renetta Garrison Tull joined UC Davis July 1, 2019, as the university’s first vice chancellor of Diversity, Equity and Inclusion, a new position Chancellor Gary S. May announced in March 2018 to “engage more effectively with the recruitment and retention of the best and brightest students, faculty and staff.” Tull is a passionate advocate, global mentor, education policy strategist, and champion for equity in science, technology, engineering and mathematics (STEM).

She previously served as associate vice provost for strategic initiatives at the University of Maryland, Baltimore County (UMBC), as well as director of graduate and professional pipeline development and special assistant to the senior vice chancellor for the University System of Maryland (USM). She was the co-director and co-principal investigator of the USM’s Louis Stokes Alliance for Minority Participation (LSAMP), which covers three universities and two affiliate campuses and aims to increase the number of STEM bachelor’s and graduate degrees earned by students from historically underrepresented groups.

Tull was the founding director of the National Science Foundation’s PROMISE: Maryland’s Alliance for Graduate Education and Professoriate (AGEP) for 12 institutions in the state university system. She has led workshops for students from across the United States and Latin America to prepare them for graduate school. A few sponsors of those workshops include AGEP, National GEM Consortium, National Society of Black Engineers, Society for Hispanic Professional Engineers, Society for the Advancement of Chicanos/Hispanics and Native Americans in Science, American Indian Science and Engineering Society, and the Alliance/Merck Ciencia Hispanic Scholars Program.

Tull served as Professor of the Practice in UMBC’s College of Engineering and Information Technology, where she focused on humanitarian engineering. She also served as adjunct faculty in the Department of Hearing and Speech Sciences at the University of Maryland, College Park. Her work in diversity has been recognized by the Global Engineering Deans Council and the accreditation board for engineering and technology.

She is a member of the National Association of Diversity Officers in Higher Education, and served on the board of advisors for the Pacific Northwest Circle of Success: Mentoring Opportunities in STEM (PNW-COSMOS, an alliance for graduate education and the professoriate) to increase the number of American Indian/Alaska Native students who complete STEM graduate programs. She has served on boards that develop policies for faculty diversity, and is a committee member for the Science of Effective Mentoring in Science, Technology, Engineering, Medicine and Mathematics for the National Academies of Sciences, Engineering and Medicine.

A passion for communicating to diverse audiences is demonstrated by Tull’s long list of speaking engagements, blog, interviews. awards and recognition. Her husband of more than 25 years, Damon L. Tull, shares her commitment to equity and access. She is active on Twitter with the handle: @Renetta_Tull #ThinkBigDiversity.